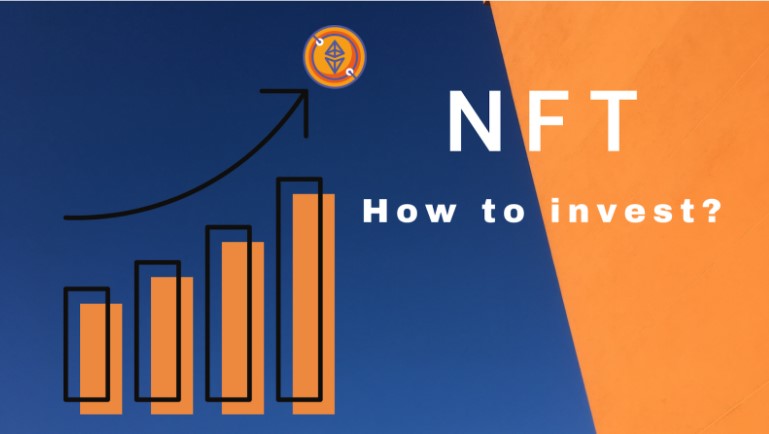 We continue with our dictionary of Crypto / NFT slang.

Discord is one of the most popular social media platforms for computer games and NFT. Most NFT projects have their own Discord channels to keep the community engaged and informed of new updates regarding relevant project projects.

DYOR stands for “do your own research”. Before investing in any digital assets, it is always wise to do detailed research on statistics, technologies and trends! An example of the use of this abbreviation: “Last night I entered this new NFT project and I see really great potential. DYOR, however. ”

Dutch auction is a bidding technique that considers all bids for a given property before reaching the above price, which gradually decreases in certain time intervals.

(Non-Fungible Token) An ownership guarantee that is immutable on Ethereum or a similar blockchain. Although NFT can certify ownership of any item, whether digital or physical, it is mainly used to record ownership of art objects and collectibles. However, NFT can confirm ownership of land in the virtual world, group membership, or represent an irrevocable guarantee of the right to anything.[2]

FAQ is an abbreviation for “frequently asked questions”.

Flipping refers to the purchase of items at low prices and fast sales in order to make a profit. Flipping is becoming increasingly popular in the NFT space, where people buy and sell NFTs to make a quick profit. This is often practiced in the early stages of projects when there are higher requirements.

Flipping is a loose term for bargain buying (when prices are low) and bargain selling (when prices are high). For example, in October 2017, NFT CryptoPunk # 8348 was sold for $ 456. Currently, the same NFT is estimated at 171 million dollars. There is a lot of potential to make money working with NFTs, but before you start turning to NFT, you need to know which NFT project is worth your time.

The minimum price indicates the lowest stated price of the NFT project. This does not necessarily mean that you should always buy NFTs at a minimum price, as most of them are usually at a lower level in terms of rarity and uniqueness, however, this can be a good starting point for those who are just arriving on a project.

“The floor is a lion” originally comes from a game that children play to avoid touching the floor at all costs. Also under that name there is a mime that people used to describe things in life that we try to avoid. Since NFT is the abbreviation for “floor price” in the world, “floor is lava” refers to “avoiding low prices”.

It refers to a person or group of people who continue to buy NFTs that are listed at the lowest price. You can always see people on the various Discord channels of the NFT project shouting “sweep the floor!”, Which aims to encourage community members to buy NFTs at a minimum price to raise the project’s lowest price.

FOMO stands for “fear of missing out”. The acronym describes people (especially beginners in the NFT universe) who rush to buy property without much attention just because they see many other people doing it or talking about it. Sophisticated investors always ignore FOMO and stay cool and focused before investing in anything.

Abbreviated from “f **** my life” which is used after some unfortunate circumstance imposed on you. “I had to pay a $ 2,000 gas fee when I minted a new NFT last night, and my transaction failed, FML.”

FUD is an abbreviation of “fear, uncertainty and doubt”. FUD usually happens when the price of a coin / NFT project falls, or when there is some negative news or rumors. When there is FUD, people are prone to panic, so they hastily sell their assets. Being sensible and sometimes a little suspicious are very often important components for making the right investment decision, however, it is not wise to let your emotions take control, because the worst investment decisions are made when they are involved or emotionally affected.

Gas is a fee that we have to pay to the blockchain network for all types of transactions. The fee is paid to the “miners” of the blockchain network in order to compensate for the computer energy needed to process and validate transactions. High gas charges usually occur when there is a high demand on the network, for example during the beginning of the process of forging a new NFT project. Ethereum’s gas charges are sometimes ridiculously high due to huge demand, and most Crypto / NFT projects are built on the Ethereum blockchain due to its popularity. It is believed that Ethereum 2.0, which is planned to be launched sometime in 2022, will bring significantly cheaper gas charges. There are some other networks such as Solana, Avalanche and Cardano, which are gradually gaining in popularity, because they are much faster with more affordable fees.

It is important to note here that artists and creators know that dealing with NFTs on the Ethereum network can be expensive due to the appropriate gas fees. But we must understand that the fees for NFT gas are the price to be paid for the creation, sale and purchase of NFT. This has a significant impact on NFT creators and artists, so it is very important to answer the following question: What do gas charges mean for artists?

At the beginning, it is necessary to explain the strictly practical significance of NFT for artists, i.e. for the sale of various works of art. Contrary to popular belief, NFTs are not always sold for six-figure amounts. Most are sold moderately at reasonable prices, for a few hundred dollars, while many will probably not be sold at all. Since you have to pay gas fees to create and sell your NFT, you may lose money instead of making a profit. To make matters worse, it is not easy to predict how much you will pay for gas because its prices are constantly changing. Namely, gas prices are not related to the absolute value of the digital asset and in some cases may exceed the price of the property put up for sale. This is a particularly big challenge for novice ions who have not yet established themselves.

It is easy to conclude that high gas prices can make it difficult for artists to successfully sell their works. However, while NFTs related to works of art would be more affordable when gas prices rise, some artists resort to lowering the total price of a work of art to offset the price of gas. This, however, reveals a new challenge, as buyers can see that the work is less valuable, as they have to decide whether it is worth spending a large percentage of the total cost on gas charges.[1]

Essentially, it can be difficult for an artist without a solid reputation to sell his art if he resorts to a significant increase in the price of his works.

Abbreviation for Good morning. The usual way of greeting in the Twitter / Discord space.

Abbreviated for “gonna make it”. The acronym describes the prediction of a jump in our investments and therefore indicates that incredible returns await us.

Gwei is also called nanoether, or simply nano, to denote the ninth degree of fractional ETH (i.e. 0.000000001 ETH). As we have stated in previous texts. Ether is the original currency of Ethereum. You can download the browser extension for the current price of Ethereum gas, which is measured in Gwei. For example.

HODL, or “hold on for dear life” in the crypto-investor jargon, indicates the holding of digital assets / assets for a very long time, regardless of their price or current statistics related to them. The following fact is amusing: HODL comes from an accidental typo in 2013. Namely, the term is derived from the misspelled word “hold” on an early Bitcoin forum. Readers have interpreted the error as an acronym and since then this term has become widespread and very frequently used.[1]

IMX – Immutable X is an NFT market / marketplace. Immutable created Immutable X as a layer-2 scalability protocol for NFT on Ethereum, the second largest blockchain network. This means that it enables transactions much faster compared to Ethereum, requires low computing power and has less impact on the environment. Trading NFTs on Immutable X requires zero to very low gas charges, which is becoming increasingly popular because charges on Ethereum-based NFT platforms such as OpenSea can sometimes be very high.[2]

(Layer-2 refers to a network or technology that works through the basic blockchain protocol to improve its scalability and efficiency. This category of scaling solution involves moving part of the transaction load of the blockchain protocol to an adjacent system architecture, which then handles most network processing and only subsequently report to the main blockchain to finalize its results. Abstracting most of the data processing to the auxiliary architecture, the base layer blockchain becomes less congested, and therefore much more scalable.)

Abbreviated for “in real life” and refers to the physical world, as opposed to the virtual world.

[1] More information can be found in several places on the Internet, I used data from: